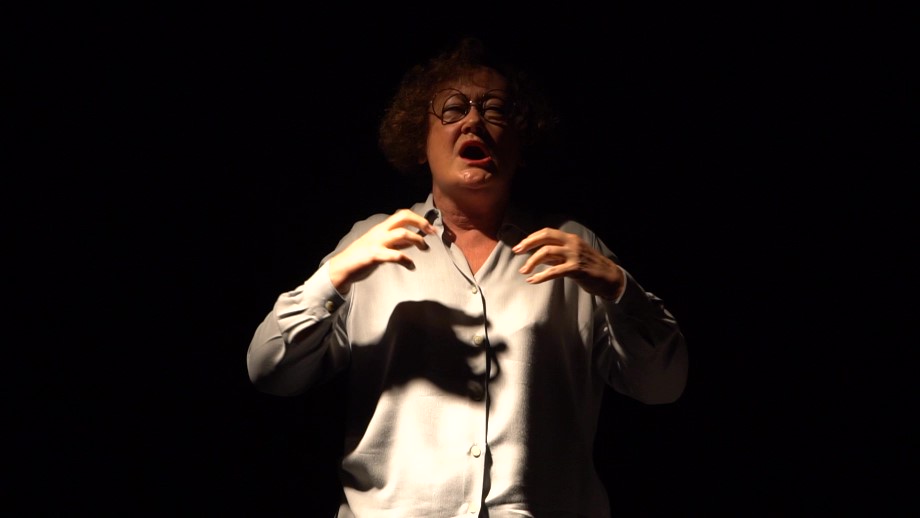 Why HILDE, Living without Love?

We know more or less how many lives were taken in the Second World War, how many Jews perished in the gas chambers of the Holocaust. But do we know, or have we ever thought about, how many people found themselves asking the following question in 1945: “Who the hell is this?”  In this play the main character doesn’t put the question to a total stranger, but to her husband Heinrich.

For a married couple the six years of World War Two was a long time to live apart, and Hilde, like many women, went through the entire war without Heinrich. This one-woman play charts her life during the conflict and after Heinrich’s return, through to the present when we find Hilde, eighty-years-old and a widow. During the war, in the small town of Pirna, near Dresden, she enjoyed a kind of freedom she had never experienced before: a factory job, dancing, spiritualist meetings, her own friends and a special friendship with Kunigunde. And it was probably inevitable that Hilde, a good looking young woman, should meet Fritz, whom she quite fancied. Still because of her marriage and daughter she does not allow the relationship to develop any further. When Heinrich returns from the army, she makes a crucial choice; she decides to “put up a front” and continue as a married woman. Still she can only do so by stifling her own personality and taking control: she obsessively cleans the house and makes sure her husband is spotlessly clean. Even if Hilde is aware there is nothing left between her and Heinrich, her tale contains no trace of self-pity. Instead she forges a special bond with her daughter, who becomes a school teacher. To some degree, the daughter takes Heinrich’s place in Hilde’s life, fulfilling some of her mother’s dreams.

This one-woman play, charting the experiences of one of the many women who did not go to the front during WW2, includes several Marlene Dietrich songs, which Hilde fondly associates with her youth. A second character, a recorded synthetic voice off reveals that the monologue is a recording. Hilda suffers a kind of Dantesque hellish punishment which is forever repeated, since the last and first lines of Hilde’s monologue can be heard at the beginning and end of the performance.